Why do we keep sending emails despite knowing that it’s bad for us?

For about 15 years, I visited businesses and asked employees « what makes you feel proud of your work? », or « at the end of the day, what makes you feel like you had a good day? ». And the answers I got were « I did everything I needed to do », « I worked on the project that I’m passionate about » or « my boss gave me a pat on the back ».

What makes you proud of your work?

Once, in a big energy company, a man around fifty told me « I have a stapler on my desk, and everyone knows it’s always there, and when someone needs a stapler, they come and see me ». We can easily guess how this man thought he was valued within the company. Following this same logic we can understand another, very common answer which is « when I have no more emails left unopened in my inbox ». I imagined these people’s job description contained a line that said something like « your value within the company stems from your ability to always answer to everything that’ sent to you ». Which supposes that an employee is good in proportion of their submission to the logics, the pace and the nagging of all technologies laid in front of them. By digging some more, I realized that one of the most common sources of unhappiness in the service industry came from emails.

❝ Using emails is often bad for company productivity and well-being. Working an hour with no distractions is like working 2 hours with emails❞  Tweet

The history of emails is a classic man and technology story: a liberating technology that becomes demeaning, but is so profoundly engraved in our cultures that we can’t avoid seeing it in it. When in the businesses, I asked the workers what made them feel unhappy, the matter of emails came in fourth position, give or take. Yet it was treated with some sort of resignation. A world with no emails couldn’t exist, we wouldn’t be able to forgo them (like the 3 first reasons, among which one was « I don’t know what my purpose is in the company » that David Graeber was precisely analyzing at that time). The technology is there, it harms, it weighs, but we can’t imagine ever replacing it. Technology and machines coming with their own logics, all these great companies - fascinated by innovation - rely, without knowing it, on twentieth century technology and ways of thinking (the email was invented in 1971).

What’s wrong is the way we use emails

However using emails is often bad for company productivity and well-being. Working an hour with no distractions is like working 2 hours with emails (« A Place Not Dictated by Electrons »: An Empirical Study of Work Without Email). Yet we continue to send 235 billion emails each day, spend 11 hours per week (28% of our working hours) handling 140 emails per day (90 received, amongst which roughly 20 spam and 30 sent), by opening our inbox 36 times on average.

Each time we check our inbox it takes around 16 minutes to find a little concentration and get back to what we were doing. We know that one out of three emails is critical to the workload, but we still need to read the rest, open the attached documents, click on meetings, go through the entirety of the multi-colored text, including (with multiple indentation levels) the archives’ archives, all of this whilst wondering - within this rainbow of context - where lied the area that deserves our focus, what precise action is required of us, in what temporality, in what format, and to what end (Radicati 2015 Email Statistic Report). There lie three problems that we know very well: multiplying notifications, un-targeted solicitations and the disorganization of information.

❝ Each time we check our inbox it takes around 16 minutes to find a little concentration and get back to what we were doing.❞  Tweet

Bryan Lufkin’s article, attempts to demonstrate how emails are intimately related to professional contexts, that’s why people prefer messaging services or texts. If we tried to do a sociology of emails from a communication imagery perspective, we would need to forgo the opposition, which is a strict opposition of use, or context. We’d explore the historical depth, the creases in our hands and brains that, traced by years of repetition, provide technology’s frame of admissibility.

Then, we would see emails still rely on epistolary imagery. What is epistolary imagery? It’s a set of gestures, rituals and valorizing processes that are profoundly engraved in our cultures. Sending a letter means

In epistolary imagery there is a regard for the deed, communicative discontinuity, asynchrony and intermediation.

There is no technological parthenogenesis: all technology is understood, received and adopted through a set of codes and preexisting forms. French sociologist Stephane Hugon borrows a world from mineralogy and Spengler, it’s “pseudomorphosis”. New technologies reproduce ancient, familiar forms, when they appear, so that we can recognise them, that we could give them meaning in the everyday life. The form through which we welcomed the mail is this epistolary imagery. And there we are playing out, when using email, these 4 values: regard for the deed, communicative discontinuity, asynchrony and intermediation.

Thus, we receive all messages with a specific type of focus:

Other studies showed that not answering received messages heightened stress. Try to find a moment of the day where you can embrace the dispositions that your culture entails when answering a letter. Where did this small coffee table go? Your writing tools and the open hour that secretly demands the reptilian form of each email, that is the missive.

Consequently we understand how it is possible to send an email to 30 recipients without truly thinking of the extent to which it regards them, with 10 different subjects, the questions that will be solved by some before others even take notice (yet they’ll continue to look for answers themselves) and to attach multiple files V1, V2, Vdef, VJeanMichel… that will be obsolete at the moment they’re read, but will clutter the inbox and the recipient’s mind anyway: « I’ll keep it for later ». It is possible to comprehend because email is a technology with an imagery that is « pull »: you are responsible for how often you check your box. (In fact, inboxes are always open and programmed to look in short-cycle for messages, when they are not in « push », and the messages arrive by themselves. But an engineering reality of a technology doesn’t change the underlying imagery to its use).

❝ We continue to want to render consideration to the messages we received whilst giving none to those we send. ❞  Tweet

The consequence of this « pull » imagery is that each person that sends a message avoids the price of reception. We continue to want to render consideration to the messages we received whilst giving none to those we send. In an epistolary economy, the one who pays (with his time, his consideration), is the one that receives.

Other technologies rely on radically different logic, as does Trello’s kanban for example. We must understand the subtle twist in use that changes everything there: Trello imposes that the sender know where to write. We don’t send messages randomly, with mixed information, in a unique canal, leaving the receivers to untangle our streams of information. We have to know first where to put that information. And therefore, Trello forces the sender to leave his message open to a community whose needs he knows nothing of, but that will look for the information within their own time frame, when they need it, independently of the contributing author, as long as they share the same special information structure. Trello feels a bit upsetting at first exactly because it prevents you from delegating the load of organising data: on Trello the one who pays, is the one that contributes. All the “hot potato” game happening with email is gone. And then we send less, and receiving ceases to be a hassle. You can also choose what you want to receive (opting out of a list is not possible in email, where the receivers are subjects to the sender’s designation). It could even become nice or pleasurable to receive information. All of this pattern is called “to free uses”.

❝  In an epistolary economy, the one who pays (with his time, his consideration), is the one that receives.❞  Tweet

Of course we can account for the mass influx into new messaging technologies by their playfulness. But if we look at how these technologies disengage from their epistolary imagery, we can expand this explanation a little.

Texts, Whatsapp, Messenger, Snapchat… have split from consideration, discontinuity, asynchrony, and intermediaries. In other words: we receive them through an other form, an other “imaginary”. They went through a different “pseudomorphosis”. Those are informal channels, continuous, synchronous, and immediate: the way we received them is orality. Indeed, Snapchat has highly contributed to the return of the orality rationale in online-writing by inventing disappearing messages. What is the means of communication where what has been said said flies away? This means now applies to our invoices that hasn’t invented technology (messages are quite lacking in substance), but usage: messaging services invented a « textual orality ». This « textual orality » is fitting in a society that wants to chat a lot, likes non-sense, loves to take approximative photography without the fear of being compromised. That is to say, in the comfort of knowing that what was said will not be held against us: “Sent from my iPhone, blame Siri for typos”.

In these messaging services:

On a more personal note, I have stopped using emails around 2013. I still happen to use an inbox to retrieve a plane ticket or an email from tax offices. During those inquiries I can fall upon a journalist’s request (like the one that triggered the writing of this article), or an invitation to guest-lecture, that I am not clear whether they’re « truly intended for me », or “for me, veritably me”. I realise that have stopped identifying with my email address. So that, the fact that you write me does not put me in your obligation.

However, I am in no way opposed to emails, emails aren’t a bad piece of technology. It’s the hold this technology has on our history of technology that gives it a harmful quality. I remember James Ivory’s remarks, that Benoît Thieulin also made, the day we discussed this on a TV set: email, as opposed to messaging services, isn’t centralized. Everyone can install an email server at home. Handing over my messages to Facebook or Instagram is not something I find reassuring. I do not trust them to handle my memory, nor to give it back to me for free when I’ll need it. 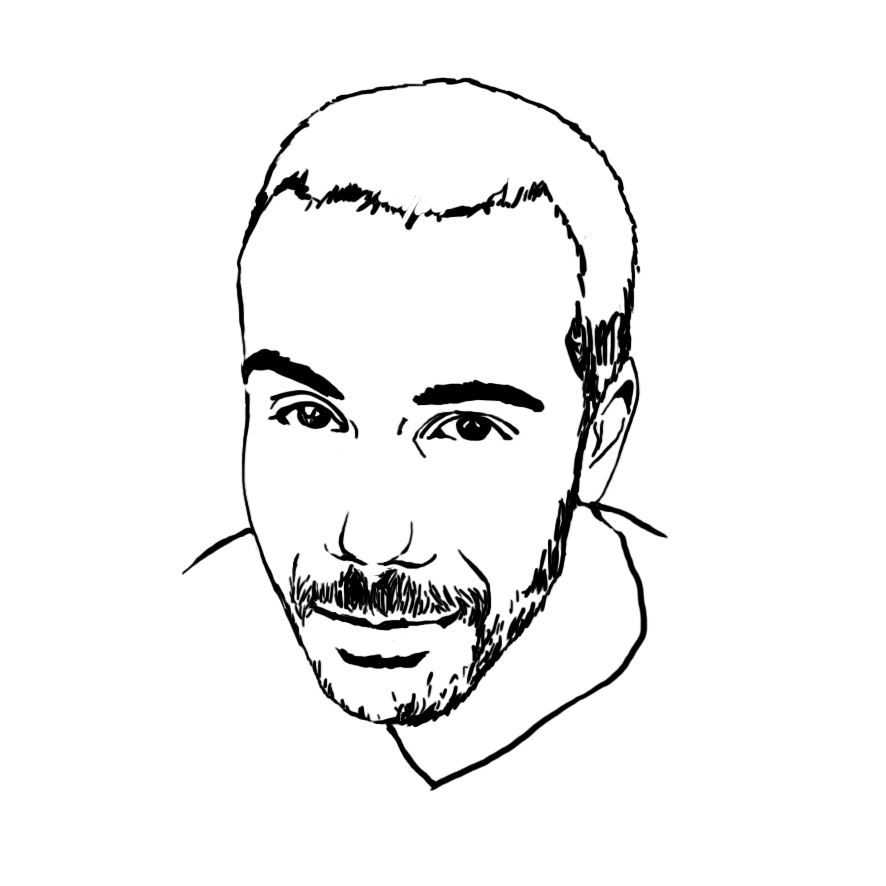 Michaël V. Dandrieux Ph.D is a French sociologist, from the tradition of sociology of imagination (G.Bachelard, G.Durand). As a founding partner of the research consultancy Eranos, a research consultancy based in Paris and Seoul, and operating in 10 countries, he is committed to reconciling companies and society, via the means of humanities and consulting. He teaches at Sciences Po Paris (School of Management and Innovation), and serves as the executive editor of the French humanities review Les Cahiers Européens de l’Imaginaire (CNRS Editions). His work revolves around the seemingly irrational rationalities that structure life in society: myths, dreams, trust, hope.